If you’ve been feeling a bit foggy and confused, it’s probably got something to do with the Neptune retrograde we’ve been experiencing since June

But that’s all about to change!

On December 3rd, 2022, the planet Neptune goes direct in the sign of Pisces.

During the retrograde period, maybe you’ve been particularly susceptible to knowing when people aren’t on the up with you.

Or maybe you’ve been so fed up with so many that you are escaping to a cave of your own as Pisces does. You may also have noticed you’ve had heightened psychic gifts such as telepathy, twin flame communication, intuition, or foretelling.

If these acts are a first for you, it can be pretty scary! It’s very easy to feel like you are losing your mind if you suddenly have telepathy with a twin flame, see sleep dreams start manifesting in real life, or even more strange, telepathy with someone from the afterlife.

You aren’t alone, and you aren’t losing your mind—you’ve been experiencing Neptune retrograde. Now that Neptune is going direct, some of that confusion will clear, and things will get a lot more straightforward for you.

What Happens When Neptune Turns Direct?

When dreamy and psychic Neptune turns direct in Pisces, you are going to start seeing some of your own psychic experiences manifest into the truths of what they actually are.

See also  Dog Horoscope 2023 Predictions: Will be Fortunate and Happy

So the dreamy and psychic things that have been going on with you over the past few months are merely symbols of what will be.

You’ll know the truth that Neptune reveals when your inner world begins to experience peace. Things start to make sense, and emotional barriers melt away. Your creativity is at its most powerful, and your Higher Self begins to call you towards your true purpose.

You may undergo a radical change mentally, emotionally, and/or physically! Certainly, on a spiritual level, things are changing.

The Impact of the Generational Planets

In astrology, the planets are categorized by how close they are to the Sun and how long they take to move through each sign. Neptune, along with Uranus and Pluto, are the generational planets in astrology.

Usually, Neptune will only transit about seven of your astrological houses during your lifetime since this planet takes about 165 years to travel through the entire zodiac.

Every 14 years, Neptune moves through another sign, causing ripples and transformation in societies and cultures worldwide through its intuition and mystery.

What if You Have Neptune in Your Birth Chart?

Neptune plays a powerful role of influence in the birth chart. A prominent Neptune indicates someone who is very drawn to spirituality and mysticism.

If you have heavy Pisces in your birth chart, this also makes you strongly influenced by Neptune.

You are a dreamer and an idealistic. Creativity is your middle name. You dream of a better world, and romance is one of the most important aspects of life for you, especially if your Venus is in Pisces.

You are also likely to experience very vivid dreams and have a powerful imagination.

Read this next: The Ultimate Guide to Birth Charts

When Neptune was in the sign of Aquarius back in 2010, we saw the world gradually become fixated on technology and digitization.

The world was introduced to something we had never seen before—social networking (which, interestingly enough, is ruled by Aquarius). It’s completely transformed our lives on a global scale, largely thanks to Neptune’s powerful influence.

Neptune has been spinning along its slow path through its own home sign, the empathic and intuitive Water sign of Pisces, since 2012. There’s been a huge shift in the last few years regarding society’s way of thinking when it comes to the spiritual.

Since Pisces is naturally ruled by Neptune, they work in harmony with one another. The sign of Pisces is all about emotion, healing, and spirituality, and Neptune is about the same things, just on a generational scale. Together, their influence is incredibly powerful and transformative.

Today, Neptune in Pisces is leading people to question their spiritual or religious beliefs, encouraging us to pause and tap into our inner voice and intuition. We have seen greater interest in Tarot and crystals.

Meditation and mindfulness have become very popular, and an interest in the occult has re-emerged.

Neptune asks that we reflect on these questions instead of taking action or being impulsive during this time:

While this transit is in… 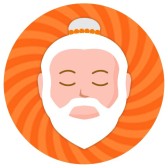